Home Lifestyle THINGS ABOUT THE GRAFFITI YOU NEED TO KNOW
Lifestyle

THINGS ABOUT THE GRAFFITI YOU NEED TO KNOW 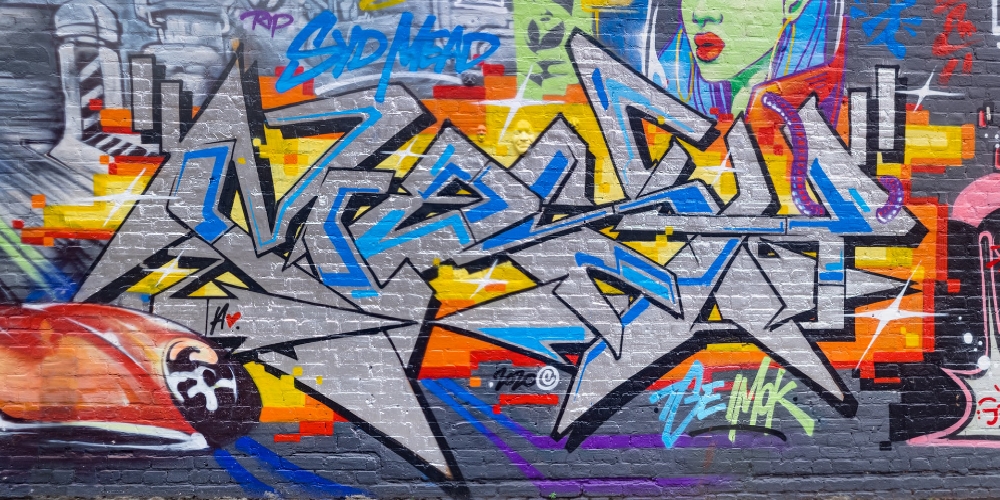 Graffiti is a beautiful piece of art. One look at it and it’s evident it was designed with sheer genius and creativity. Graffiti is an art that’s drawn, written or painted on walls or any other surface. For most of it, graffiti is done within public view. Other times, graffiti wallpaper is used indoors to decorate walls. It is an art form that goes back centuries to the ancient Roman, Greek, and Egyptian empires.

Graffiti has received a lot of attention in the last decades. They make walls look beautiful and come alive. Here are some popular facts about graffiti.

Where can graffiti and murals be used?

Although they are mostly seen on walls, they can also be used indoors and as wallpapers for phones and laptops. There’s no limitation to where graffiti can be used. They are also used in marketing advertisement because they’re appealing and captivating.

When was it first used?

Evidence has shown that graffiti has existed for centuries in old world empires. In more recent centuries, it was first reported in the 1960s in Philadelphia. Today, there’s one form of graffiti in almost all the major cities in the world.

Why do graffiti artists tag their works?

They tag their work for recognition. Most graffiti artists like to be referred to as writers. As with many writers, they want their work to be associated with them. Tags could be anything from name initials, pet name, favorite meal, etc. Whatever the chosen tag, they hope it stands them out from the other artists.

Can anyone learn graffiti?

Like any other form of art, graffiti can be learned. In today’s world of self-help, you can learn and become a graffiti writer by taking paid or free classes and watching tutorials online. There’s also a growing community to assist you when you reach out.

Do graffiti artists have a “black book”?

Yes, they do. Like any other artist, graffiti writers use the black book for sketches to fine-tune their work. Consider it like a play book where they practice new designs for future drawing. If you look through the black book of renowned graffiti artists, you’ll see how their style has evolved over the years.

What are new graffiti artists called?

They are called toys. They usually don’t have much experience and range of style yet. More advanced and experienced graffiti writers are known as Kings and Queens.

Graffiti is all about creativity. NeverWet spray is a water-repellent liquid that’s used to create art in public walls. Arts created with NeverWet spray are only visible when it rains or when in contact with water.

Graffitiis is one of the most popular forms of art in today’s art world. Graffiti lovers use graffiti wallpaper as a background for home walls, phone screensavers or advertisements. As a beginner to the world of graffiti, there’s a lot of community-based support to help you become a professional.

Wayne is a blogger who likes to share information about the most popular general topics on the internet. He enjoys getting his news and information from a variety of sources, so that he can always be up-to-date on the latest happenings.

How to Buy a Car Cup Holder

What Is The Process of Building A Pellet Mill

What are the characteristics of pergola parts?

Factors to Consider When Purchasing a New Garage...

Top Reasons You Should Get Blonde Wigs

How to Wear a Lace Front Wig

How to Buy a Car Cup Holder

What Should Be Included in A Bracelet Making...

20 Things To Start Doing In Your Relationships